Grocery retailers have an edge over Walmart & Amazon – they can use their existing locations as e-commerce multichannel fulfillment centers! 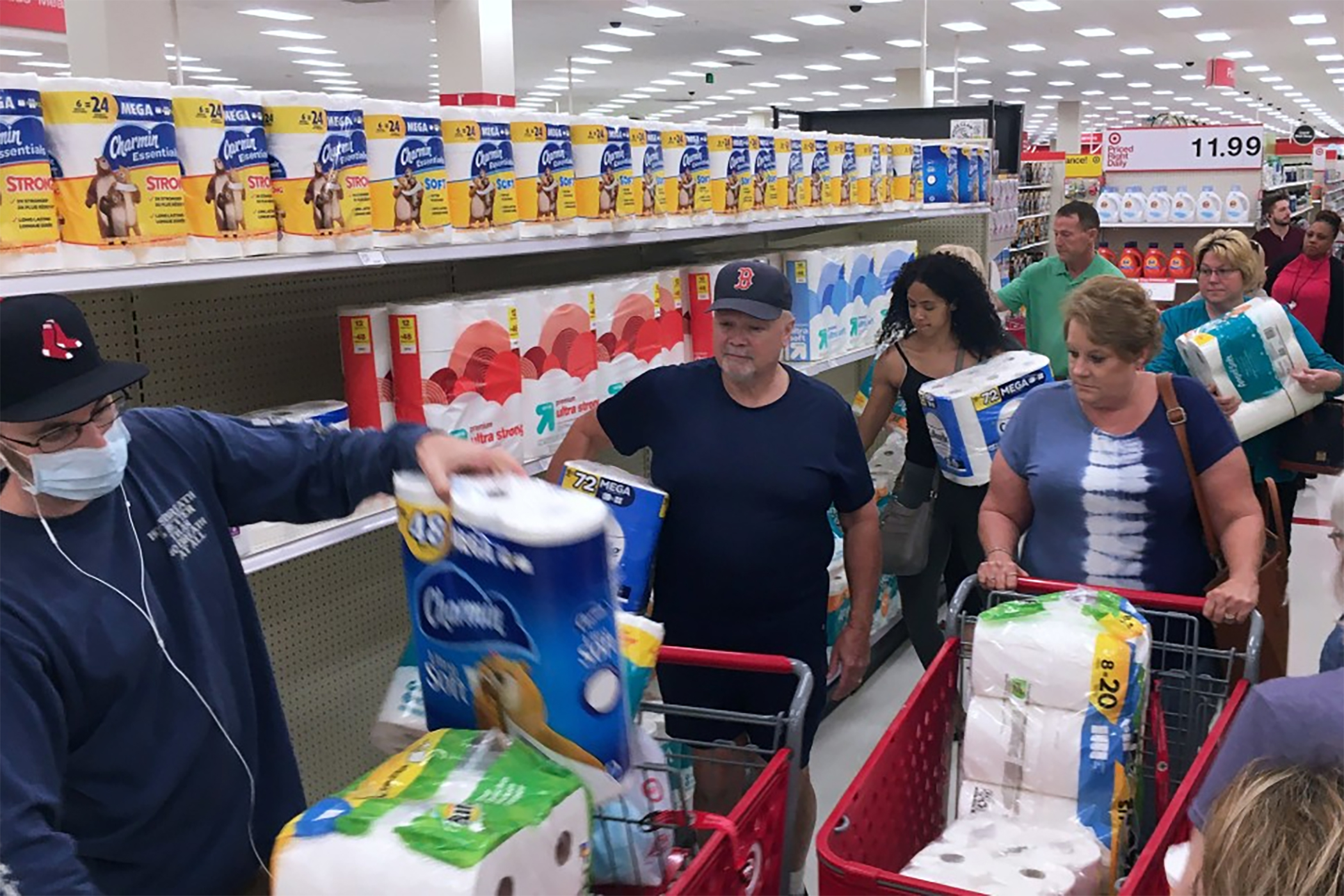 Customers rushed to purchase toilet paper at a Target store in response to the coronavirus pandemic. (Getty Images)

Target, with the help of its vast real estate empire, edged out rival Walmart in sales growth and had an easier time than Amazon in filling online orders in the first quarter, positioning the retail chain to gain more ground in coming months as buying habits change in the coronavirus outbreak.

The Minneapolis retail giant met an unexpected surge in the first quarter in demand of all kinds, the product of widespread coronavirus quarantines. On an average day this past April, Target saw sales volumes online that exceeded the post-Thanksgiving buying blitz, with 141% growth in total digital sales over its first quarter, and 278% growth in online-based, same-day services that are fulfilled by pick-up or home delivery.

Executives at the company said they had been preparing for an astounding increase in digital sales by gradually turning Target’s 1,900 stores into multichannel fulfillment centers, but they expected the process to take three years, not three weeks. The company fulfilled 95% of its e-commerce orders on time, and simultaneously proved that their long game business and real estate strategy was a good one, they said.

“The ability of our operations to handle this unexpected acceleration has given us even stronger conviction that we have the right model and we have ample capacity to handle continued change in the future,” said John J. Mulligan, executive vice president and chief operating officer, said on a call with analysts Thursday.

Overall, the sales bump was about 11% across all categories and shopping platforms. That is less than some retailers who were deemed “essential” and allowed to stay open, like its rival Amazon, which saw a 26% bump, but more than its other main competitor, Walmart, which saw a 10% increase.

One of Target’s biggest advantages was its real estate footprint.

Amazon’s fulfillment network struggled to keep up and its customers had significant delays, while Target’s did not. The Seattle-based e-commerce giant is also playing catch-up in the development of real-world shopping venues, and Target executives said the crisis proved that brick-and-mortar stores of some type were here to stay. And Target’s e-commerce growth greatly outpaced Walmart’s own considerable digital growth, which grew by 74% over its last quarter.

That may put Target in a good position relative to both. Company officials at Target noted that, though national unemployment is at record highs and the economy is on the brink of pitching into the abyss, they believe Target is well positioned not only to ride it out but thrive.

“I believe our long-term prospects have gotten stronger over the last 90 days,” said Michael Fiddelke, Target’s executive vice president and chief financial officer. “Put another way, I wouldn’t trade Target’s future prospects for anyone else’s in the marketplace.”

CEO Brian Cornell said they are gaining market share in every category.

Executives said that the ascendance of their e-commerce channel, and the rapid demise of smaller retailers who are going under and struggling, has encouraged them to accelerate initiatives they were merely dipping their toes into before.

Target’s store renovations and new-store development are expected to slow, but like Amazon, which is already reportedly showing interest in J.C. Penney properties, Target is planning to capitalize as much as possible on the opportunities the mass closings present in terms of gaining market share and previously unavailable, desirable retail and industrial space.

Fiddelke said the company plan to be aggressive in ramping up the drive-up and pick-up fulfillment of perishable goods and fresh and frozen groceries, which Target was hoping to extend to three states by the end of 2020. With the last quarter in mind, the company is now going to take it into as many markets as it can.

Target is also planning to begin building smaller fulfillment hubs downstream of its stores, to make them more flexible and efficient, and allow them to plant smaller-format stores in neighborhoods that would otherwise be difficult to access and stock.

The company is “preparing to emerge strong and ready to play offense when our economy recovers,” Fiddelke said. “And we think the opportunities when that happens will be compelling. Unfortunately this crisis will cause a lot of dislocation and multiple parts of the economy, including retail, and as a result we expect to have many potential opportunities to invest including possibilities in real estate and brands.”