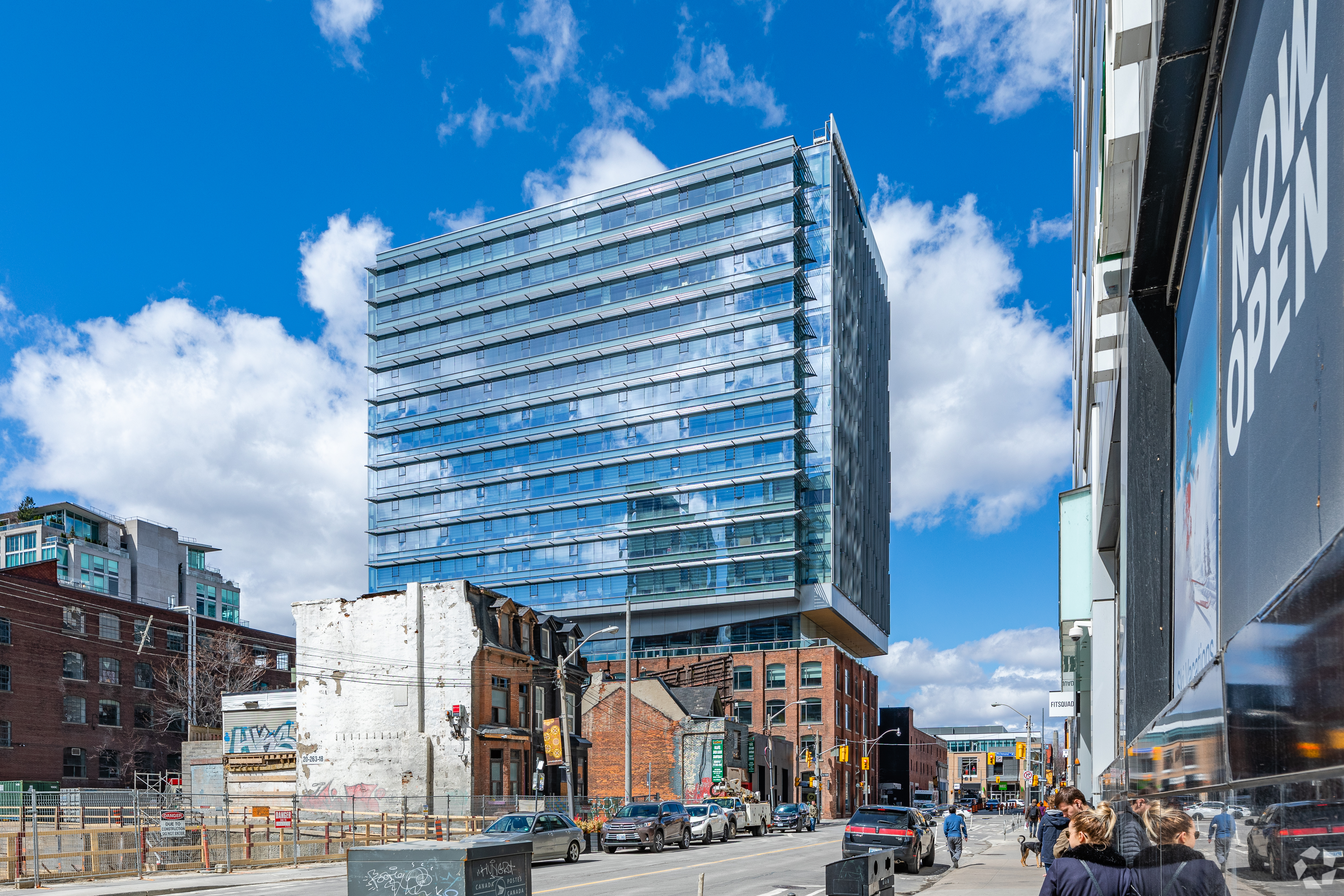 One of Canada’s leading investment banks is lowering its target prices for some of the country’s largest publicly traded office landlords, forecasting a modest increase in vacancy rates that can be traced to employees working from home during the coronavirus pandemic.

But BMO Capital Markets said the “jury is still out” on the impact working from home will have in the long term. It’s a debate that’s echoing across the North American real estate industry.

“In our view, growth in the work-from-home trend and the resultant clawback in office space are expected to lead to a modest increase in vacancy rates, based on our proprietary office vacancy model. However, downtown office tech markets in Canada should remain a landlord’s market over the current construction cycle,” according to the report written by analysts Jenny Ma and Gaurav Mathur.

The report suggests COVID-19 has introduced a new and potentially material risk to the office market ecosystem, but BMO said what attracted users to downtown space before will persist.

In an interview, Ma said the takeaway from the report should be that it’s probably too early to call what impact the trend will have on the sector.

“I know that sounds like a cop-out, but there is so much debate and so much chatter, and it’s a bit misguided because the majority of us are still at home and have not returned to the office,” said Ma. “We just don’t know how it will look.”

Nevertheless, the analyst still lowered her target price for the real estate investment trusts she covers, including Allied Properties at $47 as opposed to $52, citing a lower estimate for net asset value.

“We believe that given prevailing uncertainties in the office market, office REITs are likely to trade at discounts to NAV for the foreseeable future. That said, in our view, Allied Properties REIT is a best-in-class office REIT with one of the strongest balance sheets in the sector,” wrote Ma in her report on the company.

Michael Emory, chief executive of Allied Properties, which has a market value just under $5 billion but is trading at about 33% below the high the company’s units reached before the coronavirus was declared a pandemic, said he doesn’t believe there has been a paradigm shift in office work.

“Every operating indicator we’ve experienced during the shutdown suggests that the WFH thing is wildly overblown,” Emory told CoStar via email. “The resulting investor sentiment, however, overhangs our unit price and may continue to do so, at least until we begin the return to a more normal operating environment.”

He said Allied is already preparing to reopen its own office.

“Our Vancouver office reopened on May 18 and our Calgary office on June 15. Our Toronto office is scheduled to reopen on July 6 and our Montreal office on July 20,” said Emory. “My prediction is that the WFH proclamations will prove fairly quickly to be a misguided aspiration on the part of a few technocrats rather than a dramatic value-shift on the part of knowledge workers, and I know from long experience that knowledge workers rule.”

His comments come as companies such as Ottawa-based Shopify and Waterloo, Ontario-based OpenText said they are going forward with a permanent shift away from the office.

Ma lowered her NAV estimates on other companies such as Dream Office REIT and Slate Office REIT too.

“Valuation is at levels not seen in several years and can be considered attractive even with prevailing uncertainty on the office outlook. However, we believe office REITs are likely to be range-bound until there are more definitive indications of where office demand will settle out,” according to the BMO report.

Ma said there is still a reality for companies in constrained office markets that space could be tough to come by when the crisis ends. “If you give up your space, you might not get it back,” she told CoStar.

Unlike the retail sector, rent collection statistics also show the office sector holding up well with Canadian office REITs collecting in excess of 90% of rent over the past several months, said BMO.

“In fact, for the office REITs, a large proportion of deferred or unpaid rent is attributable to the ground-floor retail tenants, many of which are small businesses that have suffered as they rely almost entirely on office building foot traffic,” according to the report.

Ma said even if collection stalled at 85% of rent paid, she thinks office REITs can hold up very well. “I do think you will have to look at renewals [and their impact],” said the analyst, who predicted office landlords will be more flexible with tenants in the coming months.