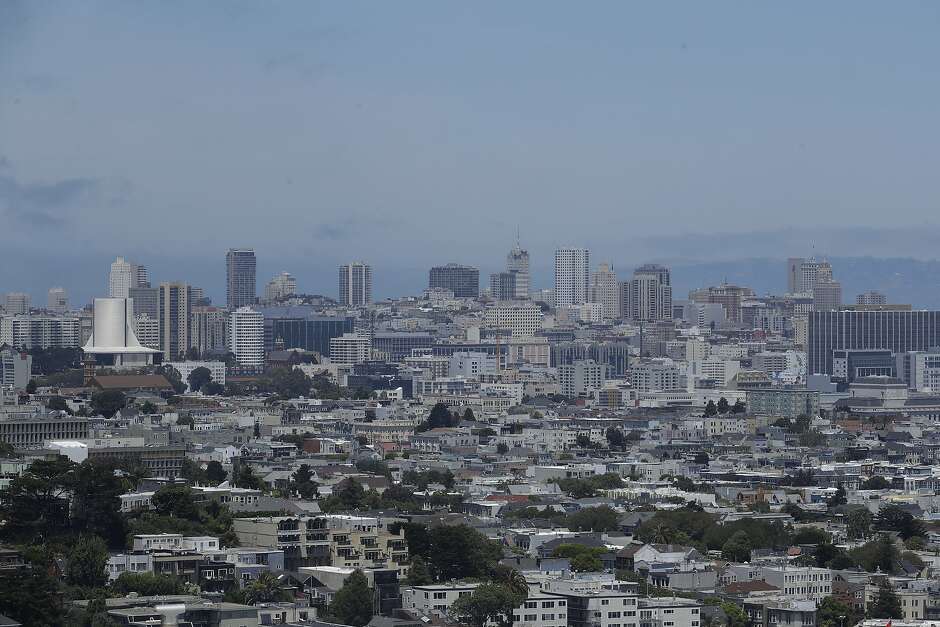 San Francisco saw an increase in home listings in June.

The Bay Area home market saw an enormous resurgence in sales and a modest increase in prices from May to June, as pent-up demand and record-low interest rates collided with sparse inventory, according to a California Association of Realtors report issued Thursday.

Sales of existing, single-family homes rebounded 69.2%, the largest month-to-month sales jump since the association started keeping records for the Bay Area in 1990. Compared to June of last year, sales were down 7.8%. The median price rose to an even $1 million, up 3.6% from May and 4.2% higher year over year.

Because deals typically take around a month to close, June sales and prices largely reflect deals that started in May, as shelter-in-place orders eased and the economic outlook became “less-opaque,” said Jordan Levine, the association’s deputy chief economist. “I think the last couple weeks we have seen uncertainty increase,” he added.

On Monday, Gov. Gavin Newsom took steps to close down parts of the state’s economy that had reopened. On Thursday, the government reported that 287,732 Californians filed unemployment claims last week, up 8.7% from the week before and the highest since early May.

June’s sales surge represents a sharp turnaround from the May, April and March, when Bay Area home sales fell 51%, 37% and 12%, respectively, on a year-over-year basis as shelter-in-place orders and widespread economic uncertainty kept buyers and sellers on the sidelines.

“Pending sales hit bottom in late April,” Levine said. By late April and throughout May, demand was coming back as “the economy opened up slightly.” Also by May, people who were tired of living — and working — in cramped quarters were looking to expand.

What they found on the market was — not much. In June, there were just 5,304 active listings in the Bay Area, down 31% from 7,655 in June of last year. The only Bay Area county with an increase in active listings was San Francisco.

Falling mortgage rates also helped with affordability. On Thursday, the average rate on a 30-year fixed-rate mortgage fell to 2.98%, the first time it had ever dipped below 3% in the nearly 50 years since Freddie Mac has been tracking the rate on government-backed mortgages.

The association’s report does not include sales of condominiums, newly built homes and ones not advertised on a Multiple Listing Service.

The market for condos was generally weaker than for single-family homes last month. The median condo price fell to $701,000, down 0.6% from May and down 6.5% year over year. Condo sales were up 82% from May but down 22% from last June. The association reports condo numbers separately from its main report.

Jing Fang, a broker associate with the Compass real estate firm who works mostly with condo buyers in San Francisco, said he is seeing “a lot of momentum and activity. Buyers think there is a little bit of an adjustment in the market, and interest rates are below 3% now.” For one-bedroom units, “I’m not seeing much of a price reduction.” Two-bedroom units selling for close to $2 million “are a little soft.” She added that “sellers are pretty motivated. Otherwise they wouldn’t put their home on the market right now.”

Jessica Tsai and Marvin Lam are purchasing a one-bedroom unit with patio and den in a new condominium building that’s nearing completion on Third Street, in San Francisco’s up-and-coming Dogpatch. The couple put a deposit down in November because “we are engaged and wanted to spend a little bit more time in the city. We weren’t ready for the burbs yet,” Lam said.

They like Dogpatch for its proximity to the waterfront and new Warriors arena. Lam was planning to open a new business in the neighborhood. After the coronavirus hit, they monitored condo prices south of Market Street and found “more volatility” than before. “Some close above asking, some under, some still on the market longer,” Lam said.

“A lot of price reductions were in other areas. The new buildings in Dogpatch seem to have retained their value,” Tsai said. They’re going ahead with the purchase because “we still really like the property.”

Statewide, single-family home sales rose 42.4% between May and June and the median price rose 6.5% to $626,170, a record high. “A change in the mix of sales was one primary factor that pushed the median price higher in June, as sales of higher-priced properties bounced back stronger than lower-priced homes,” the association reported.

That was true in the Bay Area as well. In April, lower-priced homes were selling faster than higher-priced ones.

In June, “high-price home market segments around the Bay Area were extremely strong,” Patrick Carlisle, chief market analyst for Compass said in a report last week. “In San Francisco, houses selling for $2.5 million and above constituted 30% of all house sales, well above the 2-year monthly average of 18%.”

San Francisco overall, which has had some of the strictest shelter-in-place rules, has been the “weakest performing market as measured by supply and demand indicators (but not median price change) in the Bay Area in the last 4 months. However, it too has seen a very strong rebound from the huge declines immediately following (shelter-in-place) rules being implemented in mid-March,” Carlisle wrote.

He added that the San Francisco rental market “has been hammered by declining rent rates and increasing vacancy rates as newly unemployed residents leave the most expensive apartments in the country. Unemployment typically hits the rental market much harder than the for-sale market.”

If unemployment continues to rise, the “ripple effect” will be felt throughout the housing market, Levine said.